Allusions is following strict sanitation and infection control protocols to ensure the safety of our clients.

September is Trichotillomania Awareness month which means we’d like to take this opportunity to help educate you about this common, yet frequently misunderstood condition. 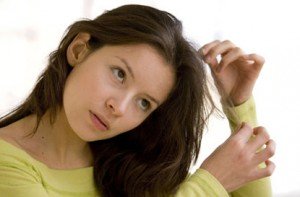 Trichotillomania (trick-o-til-o-MAY-nee-ah) is a disorder that causes people to pull out the hair from their scalp, eyelashes, eyebrows, pubic area, underarms, beard, chest, legs or other parts of the body, resulting in noticeable bald patches. Hair pulling varies greatly in its severity, location on the body, and response to treatment. For some people, at some times, trichotillomania is mild and can be quelled with a bit of extra awareness and concentration. For others, at times the urge may be so strong that it makes thinking of anything else nearly impossible.

Trichotillomania (also referred to as TTM or “trich”) is currently defined as an impulse control disorder but there are still questions about how it should be classified. It may seem to resemble a habit, an addiction, a tic disorder or obsessive-compulsive disorder. Most recently, it is being conceptualized as part of a family of “body-focused repetitive behaviors” (BFRBs) along with skin picking and nail biting.

People of all ages, genders, ethnicities, nationalities, and socio-economic backgrounds have trichotillomania. In early childhood, it seems to occur as frequently in boys as girls. By adulthood, 80-90% of reported cases are women. It is estimated to affect 2-4% of the population, or two to ten million Americans.

Will it go away?

It is impossible to predict the duration of trichotillomania for any individual person. Without treatment, trichotillomania tends to be a chronic condition that may wax and wane in severity throughout a lifetime. Yet, in some cases, especially in infants or in early childhood, hair pulling may be a very temporary problem that begins and ends quite mysteriously.

Is there a cure?

While there is no known “cure” for trichotillomania, there are many treatment options available, and thousands of people have become pull-free. Even if the urges to pull never disappear completely, you may still reduce its power and gain more control.

Is it my fault?

No! It is not your fault. Trichotillomania is a neurological disorder, and may even be genetic. You did not cause your hair pulling.

Is it my parent’s fault?

In the same way that it is not your fault, trichotillomania cannot be blamed on parents either!

Are people with TTM trying to hurt themselves?

Trichotillomania at times resembles Obsessive-Compulsive Disorder in the feelings of compulsion and repetitive behavior, but the two disorders have different symptoms and require different treatments. Trichotillomania may also resemble a tic disorder, as the action of pulling feels automatic and is preceded by an uncomfortable sensation that must be relieved.

Why doesn’t anyone seem to know about trichotillomania?

TTM did not appear in the popular media in the United States until about 1989. As a result, many people with TTM have gone for many years without adequate information about their condition, or appropriate treatment. Consequently, the one symptom that most people with TTM share is shame.

Absolutely not! You are not crazy, helpless, weak or out of control, even though you may feel like some or all of these things at times. Once you get down to realizing that you are just a person with a problem you can start to make some serious progress. There isn’t a “cure,” but you can find a recovery if you work at it.

Am I the only one?

No, you are not! 2-4% of the population suffers from trichotillomania. You are not alone!

Do people do this for attention?

Certainly! Many people have recovered from trichotillomania, and enjoy pull-free lives.

Will my hair grow back?

In most cases, yes. There are certainly the instances constant and prolonged hair pulling has damaged the hair follicles; however, in most cases, your hair will grow back in its entirety.

How can Allusions help?

Going to the cosmetologist or hair salon is one of the day-to-day necessities that can be made emotionally difficult by Trichotillomania. Many people with trichotillomania report that they avoid getting haircuts because they feel they cannot discuss the cause of hair loss.  We understand these feelings.  Allusions provides a “trich” friendly environment where you come get your hair cut or styled and discuss hair replacement options in a private, caring environment.